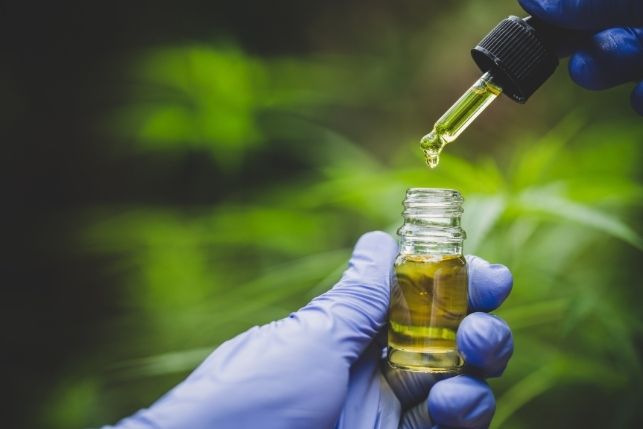 The cannabis plant is inconsistent by nature, and certain strains have higher potency and different tastes and smells. That’s why there’s such a wide variety of cannabis strains on the market. However, consistency is key to retaining a certain level of quality and standards.

To produce a consistent cannabis product, the raw product undergoes a process called distillation. It involves isolating the THC and CBD cannabinoids and infusing them into your products. To distill cannabis, you need to use oil.

If you’re new to the distillation process, you’re in the right place. Here’s an overview of large-scale cannabis oil distillation.

First, let’s start with a definition of distillation. It’s a process used to isolate and purify components within a liquid or oil. You’ve probably heard of distillation related to alcoholic beverages, and the process is the same for cannabis—only that it distills an oil instead of alcohol.

To distill cannabis oil, you need to heat it until it becomes vapor, and then cool it back to a liquid state again. The idea is to separate specific components in the oil using differing boiling points.

If you want to start distilling oil, you’ll need a cannabis distillation system. The most common type is a short path distillation system, and it’s the most popular because the equipment takes up less space. The vapor travels a short distance before getting recondensed, hence the fast path.

Crude oil gets deposited into the bottom of a flask. To kick off the distillation process, you need to heat the oil. While it’s convenient in that it doesn’t take up much space, a short path system requires a lot of supervision.

Another distillation system is wiped film distillation. It’s a lot like a short path system, but with one key difference: there’s a wiper blade that sprays the product onto the chamber walls, producing a thin layer. That reduces the amount of time that you need to apply heat. That’s beneficial to obtaining a high-quality final product, as overheating a cannabis product can degrade its quality.

Once the extraction takes place, the hard part is over. The goal then becomes making additional passes to further refine the oil. The oil is then purified of contaminants or any other undesirable components.

After reviewing the overview of large-scale cannabis oil distillation, you should better understand what goes into cannabis distillation. Distillation is the process of heating and cooling oil until it contains pure THC or CBD. If you’re interested in getting into the cannabis business, you need to be familiar with the distillation process.