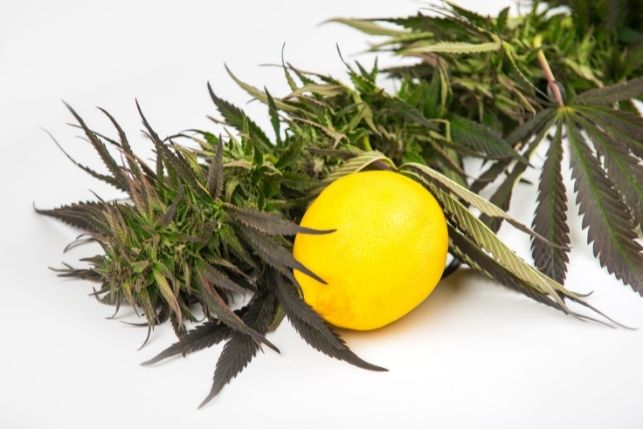 Terpenes are aromatic chemical compounds that exist in many kinds of plants. You can thank terpenes for the distinctive aromas associated with plants such as lavender, rosemary, and pine. Despite this widespread prevalence, most people understand terpenes in the context of the cannabis plant.

The cannabis plant contains an array of medicinal chemicals that are beneficial to human health. Cannabis terpenes oxidize during the curing and extraction process, transforming them into terpenoids. Whether you experience the effects of the initial terpene or the post-processing terpenoid, you can bet that the resulting aroma and medicinal properties will enhance the psychoactive effects of cannabis, working in tandem with the cannabinoids such as TCH and CBD to create a comprehensive experience. As you refine your product and explore the cannabis market, you should keep an eye out for these five most common cannabis terpenes you should know.

The first and most common terpene to know about is beta-myrcene. This chemical elicits an earthy, rooty, herbal, and sometimes fruity aroma. Medicinally, beta-myrcene is famous for its sedating, muscle-relaxing, and anti-inflammatory effects.

The next terpene on the list is alpha-pinene, whose aroma directed its nomenclature. Alpha-pinene exudes a piney, resinous aroma resembling that of the conifer tree. Its medicinal properties include anti-inflammatory, broncho-dilating, and neuro-stimulatory qualities.

Beta-caryophyllene is a spunky one, giving off peppery, spicy aromas. The beta-caryophyllene terpene boasts antibacterial and antiseptic properties that protect the stomach and ease nerve pain.

Limonene is another quite common terpene, with an aroma identical to its name. This citrusy, lemony-smelling chemical is present in cannabis and in an array of citrus plants. In fact, this terpene is a notable ingredient in fresh lemon scents in cleaning and food products. Limonene fights bacteria, anxiety, and acid reflux.

The fifth and final terpene is linalool, which also exists in plants such as lavender, mint, and cinnamon. The lavender aroma belies an impactful medicinal property that alleviates anxiety, even supporting the functionality of SSRI antidepressants.

By understanding the basics of five of the most common cannabis terpenes you should know, you can make meaningful decisions about your cannabis product design. In the CBD oil extraction and refinement process, you may want to remove unwanted terpenes. The easiest way to strip a sample of terpenes is with a decarboxylation reactor. If you have any questions about this equipment or need to outfit your lab with the highest-quality machinery, reach out to our team of experts at Beaker & Wrench today.